Ken is a great choice to create music for your film, television or other score. 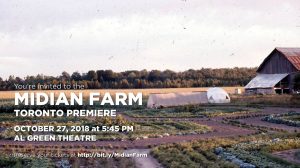 From 1971 to 1977, Midian Farm was a back-to-the-land social experiment created by a community of urban baby-boomers from Toronto. Part of the youth counterculture movement during a period of social and political re-imagining, its utopian vision eventually collapsed. More than four decades later, Canadian filmmaker Liz Marshall unearths Midian Farm to memorialize a transformative piece of family and Canadian history. 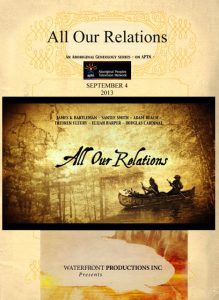 “All My Relations” is a genealogy documentary series. All Aboriginal, all talented, all successful. Through genealogy, the series explores the family roots of well-known Aboriginal performers from Canada.

6 celebrities, 6 journeys into the past, 6 inspiring stories for the future. Featuring Aboriginal celebrities such as actor Adam Beach, hockey great Theoren Fleury, dance choreographer Santee Smith, architect Douglas Cardinal, and political figures such as Elijah Harper and former Lieutenant Governor of Ontario, James Bartleman, this series takes us on a journey through their individual family histories, learning about how the experiences of their ancestors has shaped who these outstanding individuals would one day become.

The Uluit: Champions of the North

The Uluit: Champions of the North is a five-episode documentary series about an all-female Inuit hockey team in Inukjuak, Nunavik, a northern Quebec town of 1500 people. Filmed over the course of one year, this remarkable group of mothers, daughters, grandmothers, sisters and friends come together for the love of the game where troubles are left on the sidelines. The Uluit, in addition to being star athletes, fiercely inspire and deeply impact their community serving as teachers, midwives, students and social workers.

The Uluit: Champions of the North provides a rare view into the victory as well as the struggle faced by a culture and community steeped in tradition yet living among the demands and changes of a modern world. Each episode weaves together intimate portraits of these diverse Inuit women embraced by the beauty of the land that surrounds them. 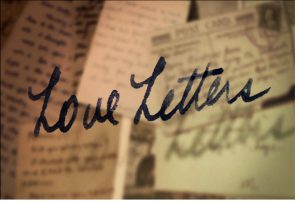 Nominated for a Gemini Award,
Best Original Music for a Non-Fiction Program or Series, 2010.

A one-hour performing arts special for CBC Television, hosted by Gordon Pinsent and features real-life acting couples in an exploration of the subject of love and relationships; created by Peter Keleghan and Leah Pinsent, based on the Pulitzer Prize-nominated play Love Letters by A.R. Gurney. In counterpoint to the play excerpts, the special features off-stage interviews with the actors on the subject of their views on the many colours of love from their own personal and inter-personal experiences.

Love Letters is performed by the show’s creators Peter Keleghan (The Newsroom, Made in Canada) and Leah Pinsent (Made in Canada, More Tears), along with some of Canada’s most well known acting couples, including Peter Donaldson (Emily of New Moon) and Sheila McCarthy (Little Mosque on the Prairie); Carlo Rota (24) and Nazneen Contractor (The Border); Colin Mochrie (Whose Line Is It Anyway, This Hour Has 22 Minutes) and Deb McGrath (Little Mosque on the Prairie); and Samantha Bee and Jason Jones (both of The Daily Show with Jon Stewart). Acclaimed Canadian actor Gordon Pinsent (who performed Love Letters on stage with his late wife, Charmion King) hosts.

Love Letters was shot in the CBC Toronto studios and directed by Tim Southam (The Bay of Love and Sorrows, One Dead Indian, The Tale of Teeka) with production design by Sean Breaugh (MVP: The Secret Lives of Hockey Wives) and with musical score by Ken Whiteley. Five Toronto-based musicians all play on the soundtrack; Gryphon Trio’s couple Roman Borys (cellist) and Anna Patipatanakoon (violinist), jazz pianist Marilyn Lerner, bassist Ben Whiteley, and multi-instrumentalist Ken Whiteley.

Plot: It’s 1945, and 16-year-old Terry dreams of waiting tables at the Airlines Hotel in Gander, “Gateway to the World at War!”. When his mother becomes ill and their house is quarantined, Terry conjures up the hotel world to keep his fears at bay, complete with a spy mystery and a romance with the vivacious Laurie Dwyer (some ten years his senior). But with a war outside and death upstairs, Terry must choose between boyhood fantasies or confronting life’s hard truths. 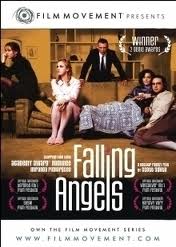 Plot: The wickedly funny story of three sisters’ coming of age in a wildly dysfunctional family, set against the backdrop of the 60’s, free love, the Cold War, LSD and the dawn of feminism.